On the branding side, Microsoft Flow is now called Power Automate. Power Automate is a cloud-based software tool that allows employees to create and automate workflows across multiple applications and services without the need for developer help. View the video below to learn more about Power Automate. 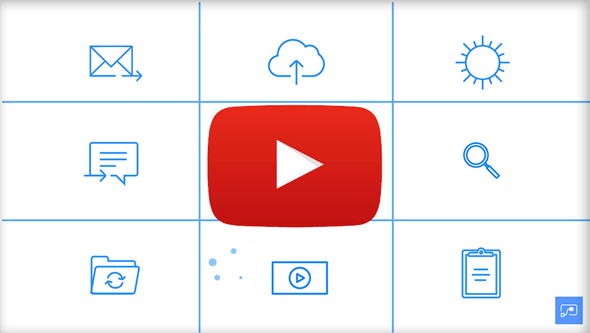 Automated workflows are called flows. To create a flow, the user specifies what action should take place when a specific event occurs. Once a flow is built, it can be managed through an app on a mobile device.

Flow has five major ways to license the functionality:

1)  Included – Office 365 – using Power Automate within the context of Office 365 is included in the service at no additional charge.
Qualifying licenses for Power Automate include Business Premium, Business Essentials, F1 Plan, and the E1-E5 Enterprise Plans including when they are licensed in the Microsoft 365 Bundles.

2)  Included – Dynamics 365 – using Power Automate within the context of Dynamics 365 is included in the service at no additional charge.
Qualifying licenses include Sales, Customer Service, Field Service, Retail, for Talent, Business Central, and more.

4)  Per Flow (Power Automate Per Flow Plan) – for clients who have a small number of Flows in their organization, this is the easy button while it is simpler to keep track of the number of Flows that an organization has than it is to keep track of every user that might need access to the Flow.  This is typically the plan that companies will utilize when they are getting started with Flows that are outside of the included options listed above.

5)  Per-User (Power Automate Per User Plan) – is for clients with a large number of Flows combined with a smaller number of named users. A good example is a department that is trying to automate all of their processes and doesn’t want to count Flows, just users. The cost is $15 per user per month and included unlimited Flows for access by that user.

Per Flow and Per User Plans include a variety of data sources called “Connectors.” Microsoft has two tiers of Connectors – Standard and Premium. Both are included with either of the paid plans (Per Flow & Per User), the Dynamics 365 Plan and the PowerApp Plan, but not the Office 365 plans.
Get a complete listing of connectors, which indicates the category they are included in.

Power Automate does follow Microsoft’s standard Multiplexing rules. Basically, no matter how the user touches the data – whether directly in the Flow or through some kind of interface or app, they would still need to be licensed. So, putting an Excel data collection point on the front end of a Flow would still require the inputting user or the Flow itself to be licensed.

All Power Automate plans have limits on individual plans. Connect with us to help estimate your actual usage.
For example, on the per Flow plan, there is a limit for the Common Data Service Database Capacity of 50MB, File Capacity of 200MB, and Daily API request limit of 15,000.
For more details about the limits – see the Microsoft PowerApps and Power Automate Licensing Guide.

Great news for clients who got into using Flow (now Power Automate) and PowerApps early.

Microsoft is offering two scenarios for the transition.

Contact us to help walk you through the options. You can also check out the Frequently Asked Questions Guide which includes the transition details.
For more information on Flow (currently known as Power Automate) check out our blog article - Microsoft Makes Massive Changes to PowerApps.

At Interlink, Sarah serves as the Operations Manager as well as a Senior Director of Client Engagement working with a broad spectrum of clients across Ohio, Kentucky and Tennessee, focusing in Cincinnati and Kentucky. She has a decade of experience in Office 365 Migrations, managed services, vendor relationships and product hardware quoting and purchasing. She is responsible for overseeing Microsoft partner relationships and strives to build meaningful, positive relationships with our clients.

Microsoft Power Platform Use Cases | Empowering Innovation for All Industries