In the News
John Rice

Cincinnati, OH – July 6, 2021 – Interlink Cloud Advisors, a leading technology consulting firm specializing in premier Microsoft Cloud technologies, is celebrating its 10-year anniversary. What began as a small startup with a two-person team, has now grown into a team of more than 40 experienced and hard-working employees.

“The past decade has been an incredible journey,” said Matt Scherocman, Interlink’s President and co-founder. “Fundamentally, Interlink has leveraged the Microsoft cloud to consistently provide value for both our clients and employees over the years. We are thrilled with our continued growth and success and are looking forward to the next 10 years!”

Interlink’s vision at the start was to help small to mid-sized businesses have access to the same productivity and security tools that only the large enterprises could previously afford before the Cloud. Interlink wanted to assist them in their own digital transformation and become productive in ways they never had before. That is still true today, and since its inception in 2011, Interlink has focused solely on providing exceptional support and solutions around Microsoft-based technologies.

With extensive knowledge, Interlink continues to educate and assist clients through their implementations and with improving their security posture. Interlink coaches clients through the complexities of Microsoft, including their licensing rules, bundled offerings, incentives, and funding programs. With both education and guidance, Interlink enables clients to avoid overpaying for licensing or purchasing unneeded technologies.

This landmark year has brought many accomplishments for Interlink. They have recently been named to the RCP 350 list – an independent national ranking of top Microsoft Partners, continue to be in the top 1% of Microsoft partners in utilizing their client funding programs, Fast 55 – Fast-Growing Firms in Cincinnati in 2021, Inc. 5000 Fastest Growing Firms in the U.S., and also received an Ohio tax credit for growing high-paying jobs over the next three years. Interlink’s plan is to continue to grow quickly in the market, and they have already hired 11 new staff in 2021. 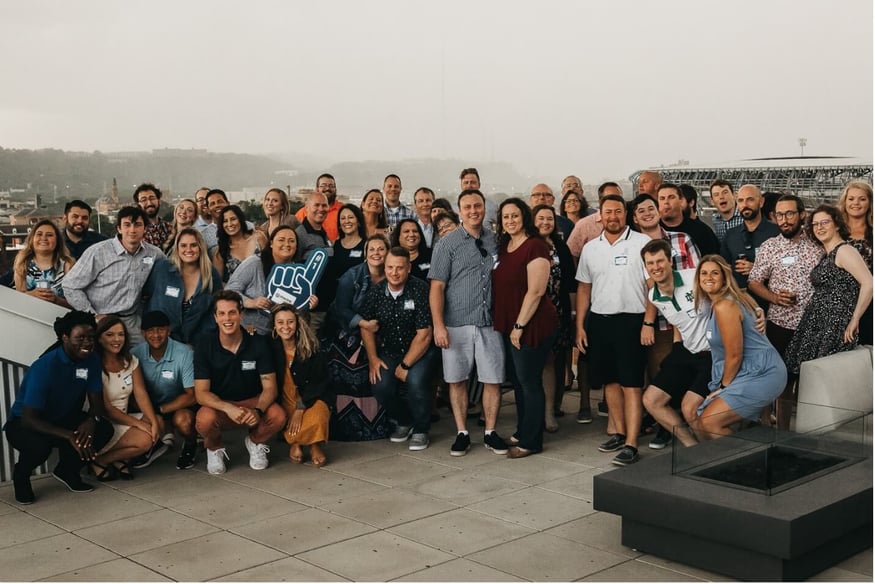 In response to Interlink’s 10-year anniversary, here are what several clients of Interlink have had to say:

Kudos in the Cloud